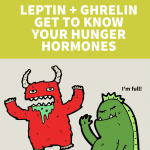 Let’s discuss hunger hormones, leptin and ghrelin. This article will give you insight into your cravings and hunger cues. What helps and what doesn’t when it comes to your hunger hormones.

What are Ghrelin and Leptin?

Ghrelin and leptin are two hormones that have been recognized to have a major influence on energy balance. Leptin is a mediator of long-term regulation of energy balance, suppressing food intake and thereby inducing weight loss. Ghrelin, on the other hand, is a fast-acting hormone, playing a role in meal initiation (source).

Body weight is regulated by a complex system. Two hormones that play an important role in the regulation of food intake and body weight are ghrelin and leptin. Both hormones are part of the peripheral nervous system and signal the brain, specifically the arcuate nucleus (ARC) of the hypothalamus, through different pathways (source).

Leptin is secreted primarily from adipocytes, fat tissue (but also from muscles, placenta and stomach).  It functions on a feedback loop from receptors in the brain that inhibit food intake to regulate weight and energy homeostasis.

Ghrelin is secreted in the stomach but also found in the pancreas and adrenal cortex. It makes its way into the bloodstream and communicates with the brain, ghrelin producing neurons are found in the pituitary and hypothalamus.

Ghrelin levels are influenced by age, gender, BMI, growth hormone, glucose, and insulin. Leptin also affects ghrelin levels. Ghrelin plays a central role in neurohormonal regulation of food intake and energy homeostasis (source). While leptins is secreted in by fat tissue and ghrelin in the stomach, it has been found that ghrelin responds to changes in body weight and not to the energy consumed.

How Your Hunger Hormones React to Fasting

Essentially the way it should work is that when you have more stored body fat, your ghrelin levels go down and your leptin levels rise. Your body knows it has enough energy to maintain homeostasis, but that’s not always the case.

Several years ago many researchers started to realize that leptin is not just the satiety hormone, but it plays an important role in how your body handles energy deprivation (under-eating or fasting). Fasting for 3 days has been shown to result in a significant decrease in plasma leptin, without corresponding adipose tissue loss. So, the lowered leptin wasn’t correlated with less body fat. Other studies have found that leptin is involved in the body’s response to starvation, including changes in hormones, and changes to the fight or flight response and even reproductive function (source).

Other issues like amenorrhea induced by overtraining or anorexia nervosa are associated with low leptin and show similar alteration in fight or flight response. It’s important to note that many of these adaptations that occur during fasting are lessened or blunted in obese individuals (source). This adaptation of low leptin is also why some women benefit from carb ups on a keto diet or a diet that can often mimic fasting. As you get closer to your goal weight or have less adipose tissue to burn, you might find your hunger levels increase, because your leptin levels are low… take this as a sign that your hormones are asking for something. Try having some whole food carbs like fruit or root vegetables with dinner and see how you feel.

Leptin resistance is when the body is no longer listening to leptin’s message, so like leptin deficiency, you’re hungry all the time and prone to over eat. Leptin resistance is often found people who have been very overweight for a long time. Your brain thinks that you need to eat in order to prevent starvation and in effort to conserve energy your metabolic rate lowers (you burn less calories). Leptin resistance is one of the many reasons diets fail. Even as you lose body fat, your leptin levels can lower too, and further emphasize to your brain that you’re starving and need to store energy (decrease BMR and increase hunger) (source). A ketogenic diet has been shown to improve leptin sensitivity! It’s a great way for those with leptin resistance to get their hunger hormones working properly again.

Inflammation, poor sleep, and high triglycerides and free fatty acids all contribute to problems with leptin levels. Avoid inflammatory foods, move our body, work on optimizing digestion and eat protein which is very satisfying. As with everything, the best way to optimize your body is to focus on the foundations first, eat really foods and manage stress. All concepts I cover in detail in my next book Made Simple.

Previous Post
Sugar Free Breakfast Muffins (One Bowl, Keto, Grain-Free, Gluten-Free, 30 Minute Recipe)
Next Post
Why and How I Carb Cycle my Keto 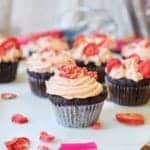 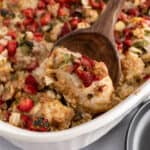 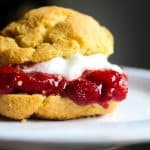 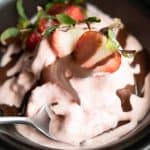 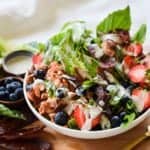 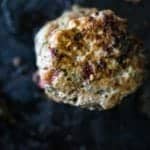